For the month of March, Reta Salmela was nominated to be our runner of the month. In December 2014, we asked our customers to nominate someone who you believe is inspiring in our running community. Although Reta’s older, she’s overcome some major health issues and doesn’t let age or health control her ability to run. Read on to be inspired on Reta (also know for being Vicky Mix’s mom). 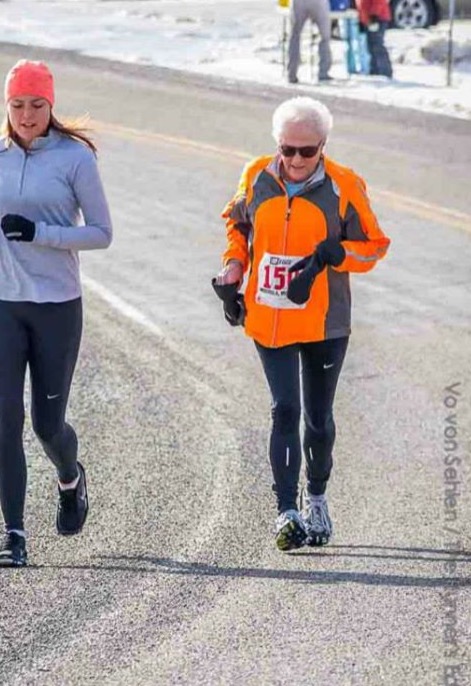 Hometown: I grew up in Minnesota then moved to Montana in in 1971

What Age Did You Start Running: I started running in my 40’s. I didn’t really get into it until 2012 when I was talked into doing the beginners running class for Run Wild Missoula’s Pumpkin Run a few years ago. I then started started with the Galloway training program. I’ve done two half marathons and I have signed up for the Missoula Marathon 2015 Half Marathon.

Favorite Race or Run: My favorite run is Run Wild Missoula’s Diva Day but any day I can get out and run with friends is a favorite run.

Words of Wisdom: It is never too late to get out and start running and walking.

Do you remember the first person you ran with? Well Reta does! She still runs with the same friend she met in her very first Jeff Galloway training program! Reta, thanks for getting out there and showing us how it’s done!